Gamma Knife Surgery: Alternative to Many Conditions and More

Hard-to-reach, deeply located tumors remain a significant problem in oncology. Until recently, doctors could only remove them surgically. A lot of the brain tumors were considered incurable.

Gamma Knife radiosurgery sometimes becomes the choice of the best neurosurgeons in the world in treating brain disorders and removing a brain tumor without a scalpel and blood.

What is a Gamma Knife? 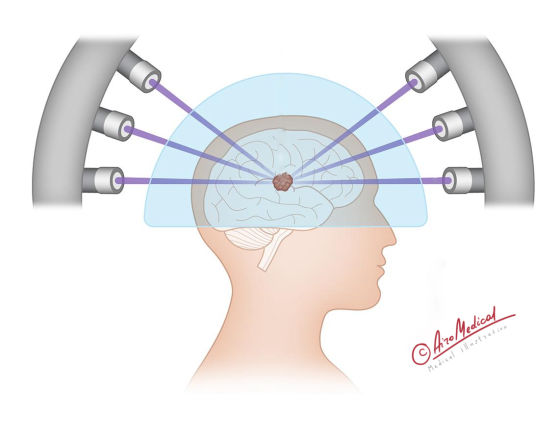 The Gamma Knife was developed at the end of the 1960s by Lars Leksell at the Karolinska Institute in Sweden. The idea was to focus the rays from several radiation sources at one point and thus achieve the effect of deleting the tumor.

Gamma Knife equipment delivers radiation more precisely than the most common types of radiation therapy. Gamma Knife refers to surgical techniques. However, unlike the regular operation, treatment takes place without a traditional knife, incisions, penetration into tissues, and anesthesia. The patient is conscious for the entire session. During the procedure, imaging examinations, such as magnetic resonance imaging (MRI), allow doctors to obtain tumor images for a more effective treatment.

What is a Gamma Knife procedure?

The Gamma Knife irradiates the tumor with a precisely focused beam of radiation. The rays from more than 200 emitters converge at one point. At this point, cancer cells are destroyed as much as possible. At the same time, the healthy tissues are not affected.

The most potent radiation destroys cancer cells and inhibits their reproduction and tumor growth. The neoplasm does not disappear at once, as it happens during surgery. Instead, the tumor's destruction takes several months to two years.

Advantages of the Gamma Knife

Gamma Knife treatment has many other advantages:

After the end of the irradiation procedure, the patient can immediately go home. There is no need for hospitalization.

Gamma Knife has proven itself well in treating elderly patients with concomitant diseases. In addition, it is safe for patients with low blood clotting, allergies to medications, etc.

The Gamma Knife risks and side effects are similar to other radiation treatments. However, they are usually milder due to the targeted delivery of radiation to the area of interest. Possible side effects depend on the treated area's size and location and the treatment duration and frequency. 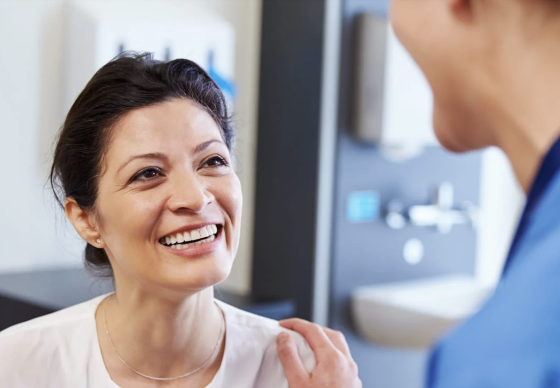 Possible side effects from Gamma Knife radiation include:

The need to fix the head suggests pain, which can be pretty intense even after a session of radiosurgical treatment. Therefore, the doctor may recommend taking analgesics on the first days after Gamma Knife treatment.

The patient may feel more tired in the first few days after therapy. However, during the first week, edema and discomfort at the treatment site usually disappeared.

In addition to the described disadvantages, it is worth pointing out the high cost of such treatment. The Gamma Knife installation is expensive and only available in some hospitals.

In addition, unlike CyberKnife, the Gamma installation does not allow for a uniform dose of radiation in different tumor areas. As a result, distant cells may receive less radiation than in the center, which can lead to disease relapse.

With Gamma Knife treatment, neoplasms whose size exceeds 3.5 cm can be removed. Otherwise, the technique will be contraindicated. With glioblastomas, unfortunately, Gamma Knife surgery is ineffective. 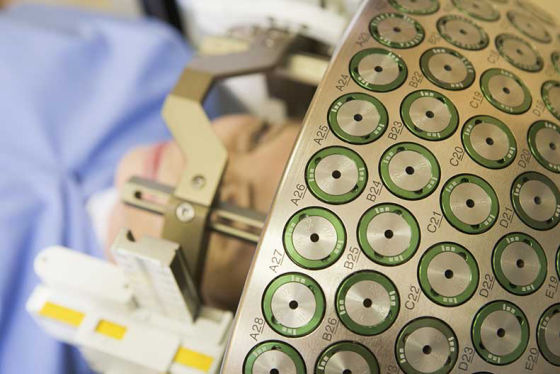 With the help of the Gamma Knife procedure, it is possible to remove tumors in hard-to-reach places without painful incisions and the risk of damage to essential areas of the brain.

Gamma Knife also is the gold standard of radiosurgery for:

Gamma Knife surgery is a successful alternative method of treatment of arteriovenous malformations (AVM) when:

Gamma knife radiation closes abnormal AVM blood vessels. The therapy has 70-85% success even after 3-5 years. For AVMs with a size of one to two centimeters, the results of treatment with a gamma knife can reach 92%. Larger AVMs may require several treatment sessions.

The success of the Gamma Knife surgery largely depends on the size of the arteriovenous malformation and its location.

It is one of the common neurological motor disorders. The disease causes one part of the body to move uncontrollably. The Gamma Knife surgery uses a potent dose of precise radiation to destroy the target tissue and interrupt the signals the brain sends to the muscles, ordering them to move. The treatment procedure is one-day and does not require a hospital stay. Most patients report an improvement in their condition and a decrease in tremors three to six months after the procedure.

Patients with essential tremors have several treatment options. Most often, they have prescribed medications known as beta blockers. Unfortunately, for many patients who have asthma, diabetes, and some heart diseases, using beta-blockers is impossible. Gamma knife surgery is an ideal alternative treatment method for patients who cannot take beta blockers and do not respond to medications. 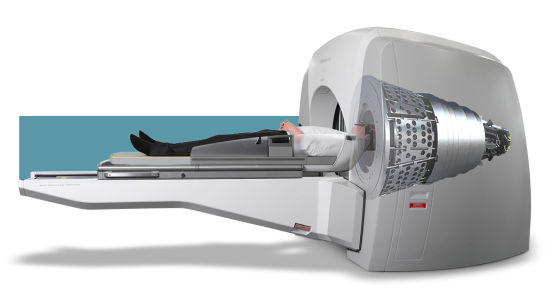 Tremor is one of the most common motor symptoms of Parkinson's disease. For its treatment, a thalamotomy is used. It is a surgical procedure when nerves are cut in a specific brain area (thalamus).

Thalamotomy with a Gamma knife allows you to destroy a small piece of tissue, similar to how it is done with a traditional operation, but without the need to open the skull. For example, when using radiosurgery in treating Parkinson's disease, tremor indicators in the upper and lower extremities decreased by 77.7% and 71.9%, respectively, after a year.

Gamma Knife surgery is an effective option when medications and other treatments do not alleviate the debilitating pain of trigeminal neuralgia. During therapy, surgeons interrupt the pain signals in the brain, directing radiation precisely to the root of the trigeminal nerve. The effect of such treatment provides anesthesia in 80-96 percent of patients with trigeminal neuralgia even five years after the procedure. If necessary, it can repeat the process.

The pituitary gland is an essential part of the brain that connects the brain's nerves with the endocrine system that controls hormones. The most common type of tumor is an adenoma.

Treatment of pituitary adenoma with a Gamma Knife is often recommended if the tumor has not responded to medication. Gamma Knife surgery is an effective and well-tolerated treatment strategy for most patients with pituitary adenomas. Its accuracy protects the pituitary gland and the nearby optic nerve from excessive radiation. After treatment, neurological and craniocerebral functions are preserved in more than 90% of patients.

Gamma Knife is a modern, safest, and single-use procedure used to fight cancer with a success rate of about 90%. With the help of Gamma Knife surgery, 700 thousand patients received qualified care worldwide and in Germany. Our article aims to help each patient learn more about their condition, upcoming treatment, and what to expect during recovery in the coming days, weeks, and months. In addition, AiroMedical has prepared a selection of the best clinics in Germany capable of treating the disease using Gamma Knife. 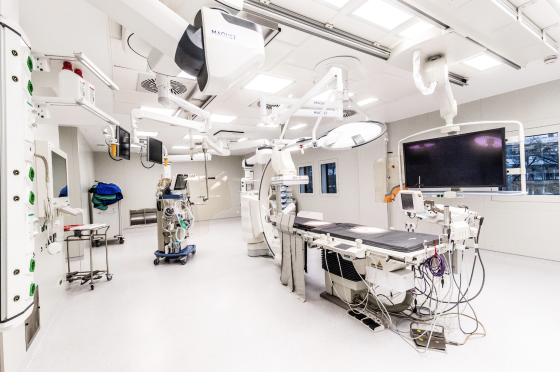 Gamma Knife surgery is a joint project of the departments of radiation oncology and radiotherapy, where they provide complex, cutting-edge treatment. What distinguishes this particular clinic from others: 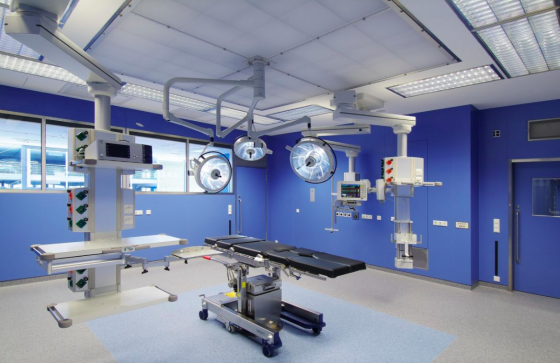 Since 2019, the clinic has been the status of the most modernized hospital in Germany and throughout Europe. More than 90% of patients in their reviews recommend contacting this clinic. It indicates the highest quality of the services and the competence of doctors. 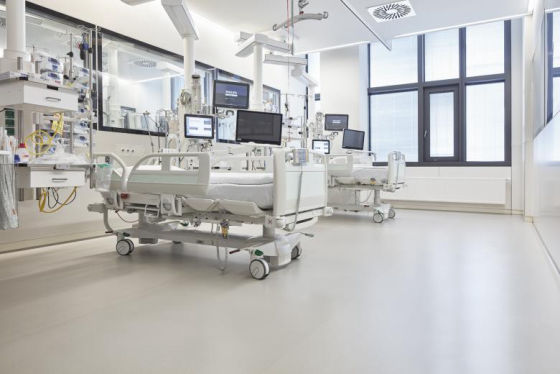 It is one of Germany's largest and most innovative hospitals. 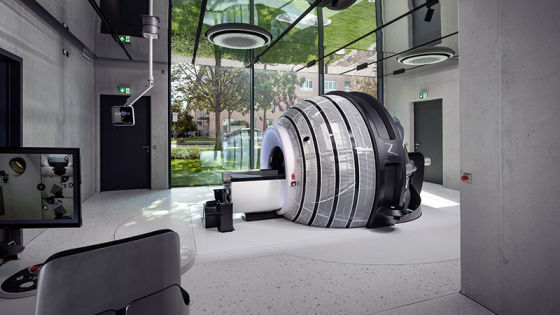 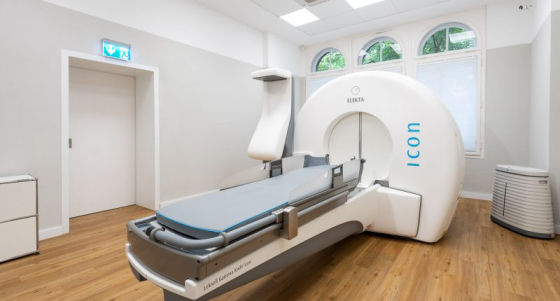 It is a multidisciplinary medical center. The hospital closely cooperates with several university clinics in neurosurgery and ophthalmology. Since 1998, more than 10,000 successful procedures have been performed using a Gamma Knife. The success of operations testifies to the outstanding quality and effectiveness of radiosurgical services. The center in Krefeld is the only ISO-certified radiosurgical institution in the world. 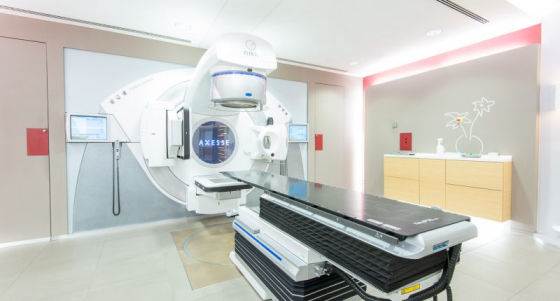 The Gamma knife and Radiation Therapy Centre offers a full range of medical services in the field of its competence. Irradiation is carried out using the innovative ICON Gamma Knife, the characteristics of which ensure the successful removal of neoplasms up to 3 cm in size without damaging the surrounding healthy tissues. Highly qualified doctors of the center have many years of clinical experience and excellent skills in using this progressive system, so the patient can be sure that he will get the optimal result.

Where to have Gamma Knife treatment?

Gamma Knife surgery today is a modern, promising, and highly effective treatment method, thanks to which a patient with brain cancer can maintain an acceptable quality of life for a long time. The specialists of the AiroMedical guarantee their patients the passage of the procedure on the most modern latest equipment, with the subsequent support and consultation of the best-specialized specialists in Germany and across the whole Europe.

Please fill out an application on the website or call us to get a competent consultation on time!